Due to safety concerns, Seattle Umoja football club will not be finishing the season with the Cascadia Premier League.

*Future relegation plan's for this division will be discussed at the end of the season. 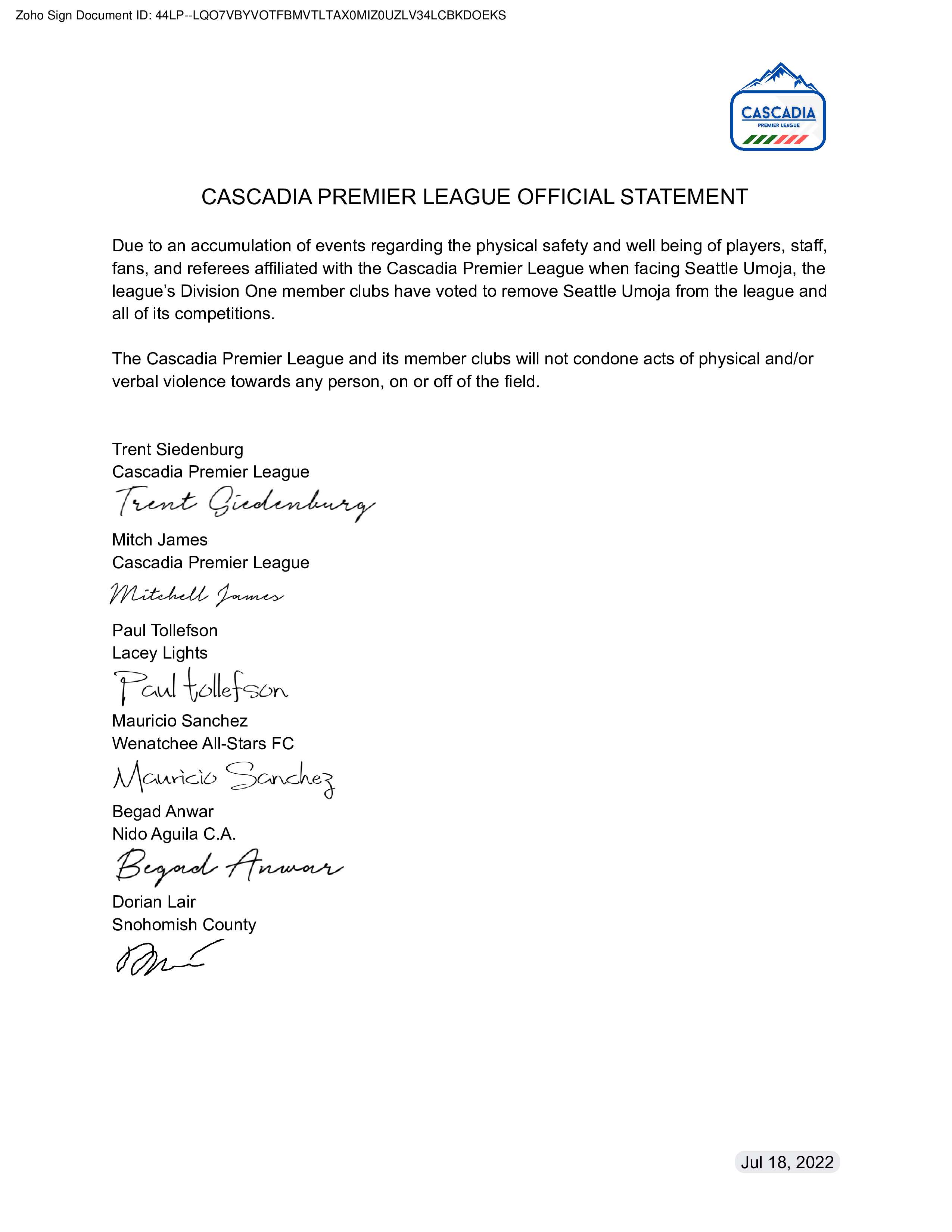 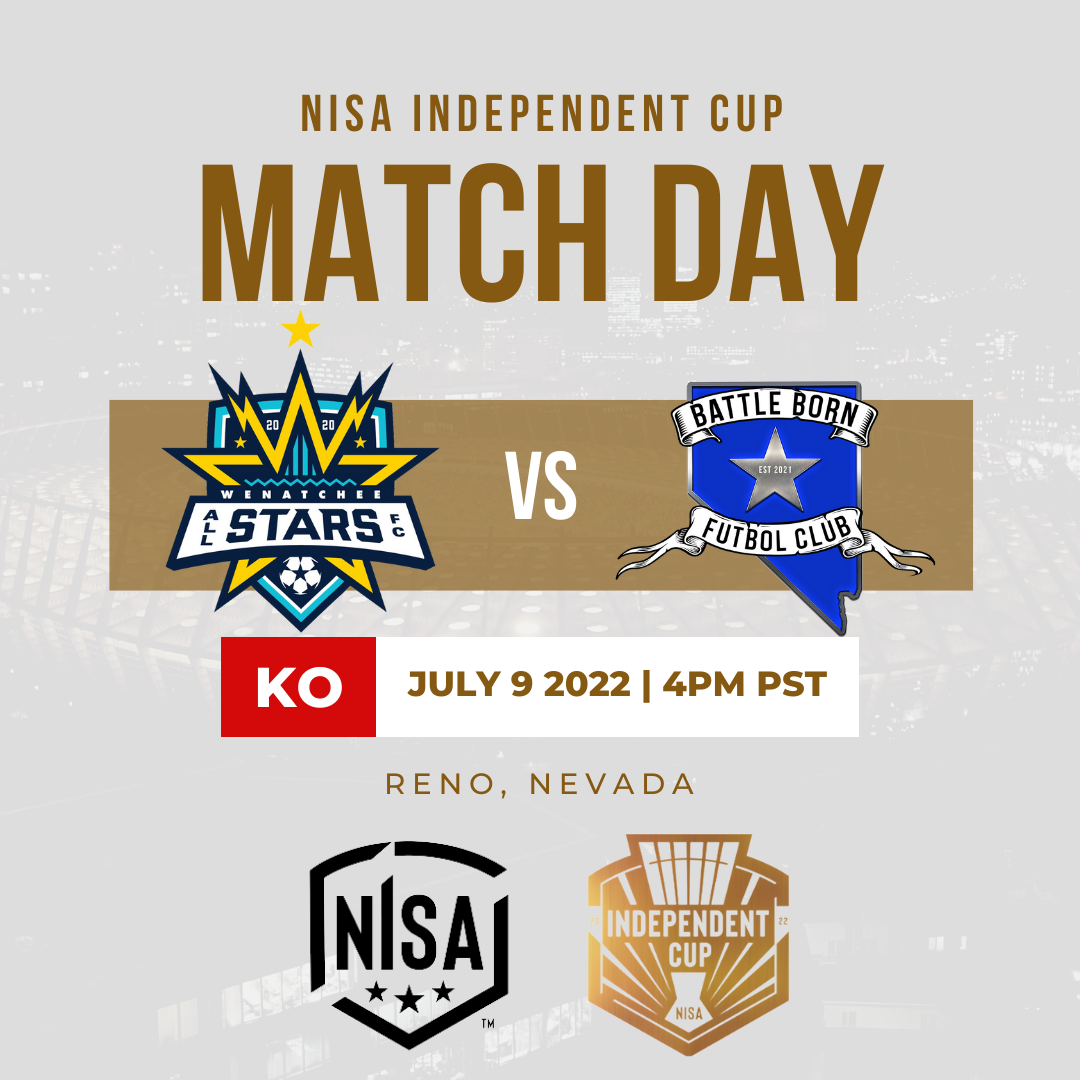 Our Media Director Alejandro Peralta was able to ask Wenatchee Allstars Head Coach Mauricio Sanchez and General Manager David Sanchez questions before their game versus Battleborn FC. A win here for Wenatchee would pit them against NISA-PRO club Bay Cities FC for the Pacific region championship.

Alejandro - “What is the feeling going into this Independence Cup and competing at a national level in Reno, NV?”

Mauricio - “We are motivated to go out to Reno and showcase what we’ve been doing these past 2 years. I know the boys are hungry and are eager to compete at the national level. We have nothing to lose. We are going out there and just enjoying playing the game we love most.”

Alejandro - “Are there any special tactical preparations for the game in Reno?”

Mauricio - “I’ve watched some videos but every game is different. As much as you prepare for a game, there will always be adjustments to each match. We simply recognize, adjust and stick to what we are good at. There are also injuries that teams don’t account for and at times you find yourself making substitutions 5 min into the game. Our boys trust each other and know that whoever is coming off the bench will do their part to contribute to the team's ultimate goal.”

Alejandro - “Is there a message that you would like to get across to your team at this time?”

Mauricio - “If there is one thing I share with the boys is to play every game as if it was a championship match. We come from a league where there are rarely second chances; Cascadia Premier League champion is crowned during regular season, no playoffs so we know the pressure and how to respond to it.”

Alejandro - “Any specific preparation for this next part of the season, either as a program or as a management team?”

David (GM) - “It’s another great opportunity for our organization to test the waters on a national level and also continue to grow in our Gameday preparation, travel, logistics, and overall day to day operations.”

Women’s Cascadia Premier league title decider. A win for WPFC gets them the title. A win or tie gets Nido Aguila th… https://t.co/WcBBF7gpXQ

Check out our news page for information on the Wenatchee Allstars game vs Battleborn fc in the NISA Independent Cup… https://t.co/JBvkB7kURd

Due to technical difficulties we are unable to get the game day images sent out today! Thanks for understanding.

Excited to announce the 2021 Cascadia PL champions, the Wenatchee Allstars FC are playing in the NISA Independent C… https://t.co/yKBYCNVVsq

10 games in the Cascadia Premier League this weekend across all four divisions! Share the image for your team’s gam… https://t.co/BlJIc627xG

Two games in Division 3 and One game in Division 2 for the Men. No women’s or Mens D1 games this weekend. Also, se… https://t.co/XshFjyPpPm

First day of a long weekend of games in Cascadia! See the women’s games in the images! #CPL https://t.co/FQnDRBmjU7

First day of a long weekend of games in Cascadia! See the mens games in the images! #CPL https://t.co/I42RKQpTeV

Game day in Cascadia! Take a look at the weekends fixtures. Some big clashes in all divisions. https://t.co/8DUasWVKdg